FRESH PRINCE OF BEL-AIR IS REPORTEDLY GETTING A REBOOT?

Reported talks of a Fresh Pince of Bel-Air reboot or continuation have persisted for years, and now we have an inkling!! Apparently, it’s currently being shopped to potential streaming outlets.

The Hollywood Reporter reports that a dramatic reboot based on Morgan Cooper’s viral clip is “currently being shopped” to Netflix, Peacock, HBO Max, and other potential homes. The drama marks a co-production between original star Will Smith’s Westbrook Studios as well as original series producers Universal TV.

This re-imagined take on the Fresh Prince, has actually been “in the works” for over a year after being spurred by Smith’s introduction to the aforementioned viral clip.

Though not much else is known about the surefire hit, it’s clear that those involved—also including original series producers like Quincy Jones—are aiming to capture the drama-leaning vibes of Cooper’s 2019 experiment.

Back in April, Smith and other original Fresh Prince cast members paid their respects to the late James Avery, a.k.a. Uncle Phil, during a virtual reunion special.

And while the dramatic Fresh Prince doesn’t yet have a confirmed home, it’s hard to imagine the team behind it having any difficulty securing one. Reboots and revivals of 90s era classics, after all, remains a profitable move in 2020. 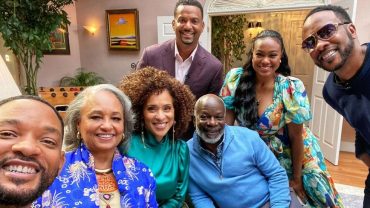 Will Smith came through early Friday with a trailer for the upcoming Fresh Prince of Bel-Air reunion special. "You've probably seen the picture," Smith tells fans in a special message introducing the trailer. "I posted it about a month ago. Me ... 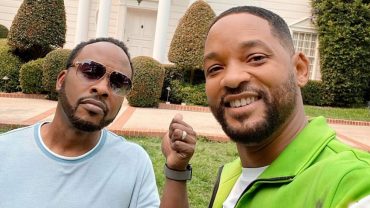 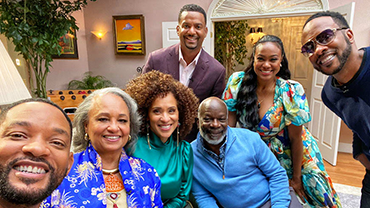 THE ORIGINAL AUNT VIV IS BACK! FOR THE 30TH REUNION SPECIAL

On Thursday, the 30th anniversary of The Fresh Prince of Bel-Air's premiere, Will Smith shared photos from the sitcom's upcoming HBO Max reunion, which just began filming. And in a pleasant surprise, Smith revealed that he sat down with Janet ...